skip to main | skip to sidebar

and hope does not disappoint

"Now hope does not disappoint, because the love of God has been poured out in our hearts by the the Holy Spirit who was given to us." Romans 5:5 NKJV 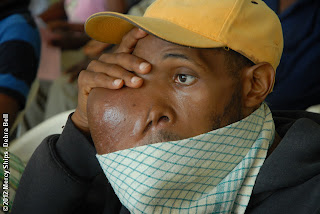 Theirno, who had the large tumor in his face, got his surgery.  A few hours after the 9 hour surgery, he was asking for something to eat. It has now been more than 4 weeks since the surgery and he is a changed person. Before surgery we told him he had to gain enough weight to weigh more than me. This week he weighed a whole 5 kg more than me! 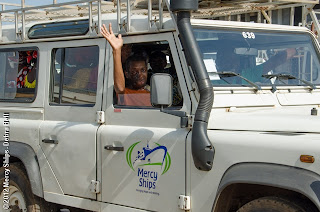 I remember how hopeless he was the first time I met him. He had lived that way for more than 5 years. I can't imagine the amount of patience it took for Thierno to wait, when he was waiting with no hope. I almost didn't have hope for him, there was only a small chance he would be able to have surgery or even survive the surgery. This week he told us that before his surgery we had given him hope, because he had lost it all. 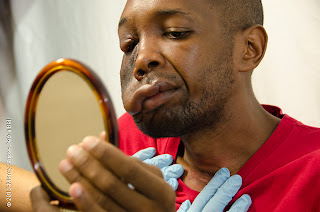 So often I lose hope, I think things will never change. I don't have faith that God is a big enough God to work in my life. I let fear and insecurity dictate how I live my life instead of giving control to God. Instead I want to live my life with hope, hope that God will come through, places in my life will be healed and I will become the person God created me to be.


I Lift My Eyes Up (Psalm 121) by Brian Doerksen
"I lift my eyes up,
to the mountains
Where does my help come from?
My help comes from you,
Maker of heaven,
Creator of the earth.

Posted by Jessica Weindl at 3:18 PM 4 comments Links to this post

To Donate to Mercy Ship's work in Africa, follow this link....